David graduated with a distinction in Musical Theatre aswell as achieving the “Student of the Year” award.

At a young age he attended The Mark Jermin Stage School, Swansea.

As part of The Cardiff International Festival of Musical Theatre, David played Tommy Farr opposite Mal Pope in a Gala Concert production The Contender (The Sherman Theatre, Cardiff).

He has taught for Wales Millenium Centre and Stagecoach Theatre Arts in Wales and Barcelona. 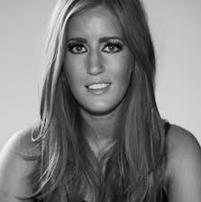 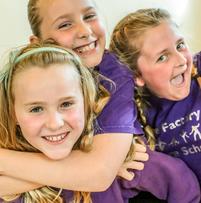 Students have also performed at some of the World's most prestigious venues including Her Majesty's Theatre London, Wales Millennium Centre, Bristol Hippodrome, The Curve Leicester, Cape Town Opera, Disneyland Paris, Principality Stadium along with many other popular local theatres and venues.

The Stage School has also undertook master classes in TV and theatre with stars of hit West-End musicals 'Wicked' and 'Matilda' plus CBBC favourite 'Tracey Beaker' and BBC's 'Waterloo Road'. Many students are also members of the famous critically acclaimed choir 'Only Kids Aloud!'.​

Samantha graduated with a BA Honours Degree in Performing Arts at Bath Spa. She previously trained at Gorseinon College and The Mark Jermin Stage School. Samantha has performed professionally since age 10 when she landed her first job with Warner Brothers for the soundtrack to the film with Madonna in Evita. Another of Samantha’s film credits include The Testimony of Taliesin Jones and About a Boy (Universal).

Samantha has expressed her passion for singing by appearing on television in Just up Your Street (BBC Wales), Mad For It! (ITV), Heno, Caerdydd and Y Pris (all for S4C). One of Sam’s most enjoyable achievements was performing at the Welsh Woman of The Year Awards at the CIA as front singer with the band Swing Shift. She’s also presented HTV’s What on Earth.

Pantomime includes Cinderella in Buttons Undone, Jack in Jack and the Beanstalk and Robinson in Robinson Crusoe, Dick in Dick Whittington, Tiger Lily/ Mrs. Darling in Peter Pan (all for The Owen Money Theatre Company). 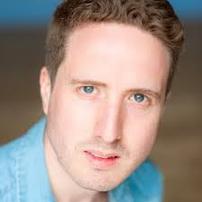 Within each singing lesson, the class will be taken through a thorough physical and vocal warm up to prepare the vocal chords for singing.

The children will learn the importance of singing technique including breathing, diction, the diaphragm, projection, etc.

Students sing as an ensemble working on harmonies and performance. Each child will also be given the opportunity and choice to sing solo if they wish.

The dance sessions will cover a variation of styles and genres. It is a vital aspect for the class learn how best to warm up both physically and mentally.

We encourage our students to fuse both dance and performance together, creating characters and stories through the movement.

Ultimately our aim is to have FUN, dance gives us the opportunity to express ourselves freely and we will do just that through: street, jazz or musical theatre style.

Each Drama session begins with a full physical and mental warm-up. This includes improvisation, vocalising, concentration, accents, plus drama games to help stimulate the body and mind.

During these classes, students will have the opportunity to work on monologues and duologues, working on many genres of scripts, from musical theatre to TV & Film developing characters and learning the various acting techniques used by professional performers.

Sophie studied a BTEC in Performing Arts at Gorseinon College. As a child she performed at the National Urdd Eisteddfod where she won many first place prizes for singing and recital pieces. As a result of her interest in music and drama she joined the Swansea Grand Theatre Company and also worked with The Welsh National Youth Opera.

Sophie has been a dedicated member of the West Glamorgan County Youth Theatre Company for many years, where she performed in various plays and musicals - productions which achieved critical acclaim both nationally and internationally.

Our group 'Musicality' were crowned winners of BBC television competition Sport Relief Does Glee Club 2014. Many students have also appeared as contestants on ITV's Britain's Got Talent & The Voice Kids.

Through our professional talent agency, students have taken on lead roles in: